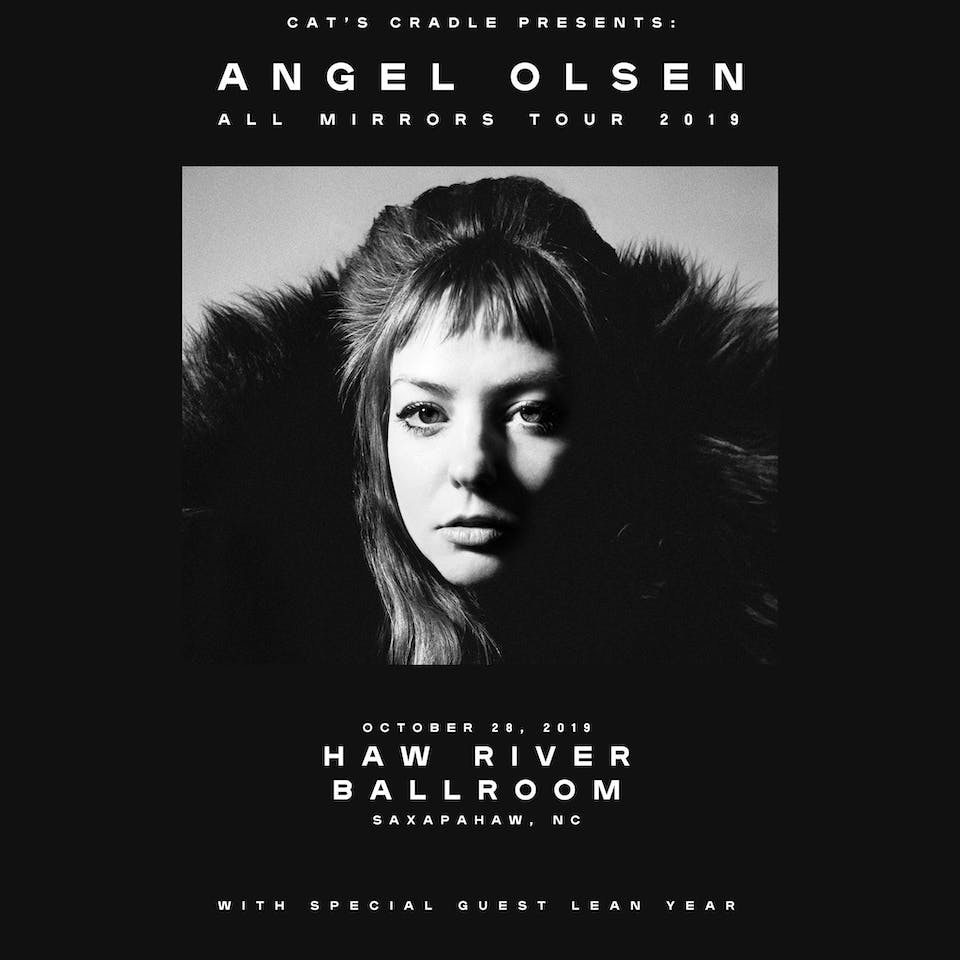 Anyone reckless enough to have typecast Angel Olsen according to 2013's Burn Your Fire For No Witness is in for a sizeable surprise with her third album, MY WOMAN. The crunchier, blown-out production of the former is gone, but that fire is now burning wilder. Her disarming, timeless voice is even more front-and-centre than before, and the overall production is lighter. Yet the strange, raw power and slowly unspooling incantations of her previous efforts remain, so anyone who might attempt to pigeonhole Olsen as either an elliptical outsider or a pop personality is going to be wrong whichever way they choose - Olsen continues to reign over the land between the two with a haunting obliqueness and sophisticated grace.

Given its title, and track names like 'Sister' and 'Woman', it would be easy to read a gender-specific message into MY WOMAN, but Olsen has never played her lyrical content straight. She explains: "I'm definitely using scenes that I've replayed in my head, in the same way that I might write a script and manipulate a memory to get it to fit. But I think it's important that people can interpret things the way that they want to."

That said, Olsen concedes that if she could locate any theme, whether in the funny, synth-laden 'Intern' or the sadder songs which are collected on the record's latter half, "then it's maybe the complicated mess of being a woman and wanting to stand up for yourself, while also knowing that there are things you are expected to ignore, almost, for the sake of loving a man. I'm not trying to make a feminist statement with every single record, just because I'm a woman. But I do feel like there are some themes that relate to that, without it being the complete picture."

Over her two previous albums, she's given us reverb-shrouded poetic swoons, shadowy folk, grunge-pop band workouts and haunting, finger-picked epics. MY WOMAN is an exhilarating complement to her past work, and one for which Olsen recalibrated her writing/recording approach and methods to enter a new music-making phase. She wrote some songs on the piano she'd bought at the end of the previous album tour, but she later switched it out for synth and/or Mellotron on a few of them, such as the aforementioned 'Intern'.

MY WOMAN is put together as a proper A-side and a B-side, featuring the punchier, more pop/rock-oriented songs up front, and the longer, more reflective tracks towards the end. The rollicking 'Shut Up Kiss Me', for example, appears early on - its nervy grunge quality belying a subtle desperation, as befits any song about the exhaustion point of an impassioned argument. Another crowning moment comes in the form of the melancholic and Velvets-esque 'Heart-shaped Face', while the compelling 'Sister' and 'Woman' are the only songs not sung live. They also both run well over the seven-minute mark: the first being a triumph of reverb-splashed, '70s country rock, cast along Fleetwood Mac lines with a Neil Young caged-tiger guitar solo to cap it off. The latter is a wonderful essay in vintage electronic pop and languid, psychedelic soul.

Because her new songs demanded a plurality of voices, Olsen sings in a much broader range of styles on the album, and she brought in guest guitarist Seth Kauffman to augment her regular band of bass player Emily Elhaj, drummer Joshua Jaeger and guitarist Stewart Bronaugh. As for a producer, Olsen took to Justin Raisen, who's known for his work with Charli XCX, Sky Ferreira and Santigold, as well as opting to record live to tape at LA's historic Vox Studios.